"The increasing wetland encroachment by communities living around wetlands in Kaberamaido district has been blamed on government failure to gazette wetlands systems."

The increasing wetland encroachment by communities living around wetlands in Kaberamaido district has been blamed on government failure to gazette wetlands systems.

Nice Eyeru, a sugar cane farmer in Cuma village Kobulubulu sub county cultivating in a wetland, says he only learnt about his farm being part of the wetland 2 years ago after the environment officer held a meeting with the community to leave the wetland.

“we are confused about this land being a wetland because there is no demarcation. Let government provide the map because if people are destroying the wetlands then government should come clear on use of wetlands.”

Eyeru alleges that it is only the rich individuals are allowed to use the wetlands while the poor farmers who cannot get permits are denied.

“The community is using the wetland for survival only that they have not got permits legally, why would government allow an individual but deny the community. I am a Christian who reads the Bible which say God Himself, if there is wickedness can withhold His rain but not because of human activities”

Joseph Emwaku Ecolu, the Local council one Chairperson of Alipa Village in Kaberamaido sub county says the district delayed to demarcate the wetland and that’s why the communities have taken advantage.

“when you are close to the wetlands you grab an opportunity of some part of it as long as it does not go deep to the wetlands since it is just idle. One of this days I managed to travel to the neighborhood and I also saw other districts like Palisa district people have already encroached the wetlands to grow rice so even here in Kaberamaido we are using some part of the wetlands”

Meanwhile the environment officer explains that a Wetland is self-explanatory as seen in the physical features and can either be permanently occupied or seasonally occupied by water.

He noted that government only has delayed to demarcate because it lacked finances and some equipment necessary for demarcation and he is hopeful that once government gets such then the demarcation will start in March 2022.

“Government was supposed to start demarcation but we met with challenge of lack of equipment to use like RTK machine, and google earth that the district does not have and is planning to hire them. ”so that by march 2022, the district would have started the demarcation process.”

Victor Recks, Ekesu the Kaberamaido district chairperson says government has not given sufficient financial support to the natural resources department and this has incapacitated the officers work.

“One of the problems local government have is that it is central government funding almost 90% of it’s budget and resources committed to environment is very little to a large sector and this cannot make it handle its needs. The district receives about 5 million annually that means only 2.2 million is committed every three months of the year.

The district head says modestly the department would need 20 million per quarter for the restoration of the environment because it will enable technical team to move to communities, do sensitization and reforestation among others.

“Environment department does not even have a motorcycle. Uganda does not suffer from lack of laws but how to implement them”.

Several legal frameworks that are meant to protect wetlands such as articles 55 of the environment act 2019 which gazets ……still face challenges of implementation. 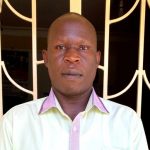 Ecakara Justine also known us Justine D Legend is a Senior News Reporter/Presenter for Delta Radio, born 3rd February and as been working with us for over 5 years since 28th May 2015
More From Author

SP Gregory Oscar Ageca, the public Relations officer for East Kyoga confirmed that the incident happened on 26th October 2022 night at around 8:00pm.

Kalaki district leadership have been inducted on how maintain the demographic indicators to inform the government for appropriate allocation of resources.

Iteso asked to use the Emorimor’s office for lobbying

Iteso communities have been asked to unite and use the office of Emorimor for taping developmental programs from the government. The concern was made by

Iteso asked to use the Emorimor’s office for lobbying

Once upon a time, in 2006, Iteso woke up to free-flowing music and non-stop entertainment, Clear, Relevant, Fun. 97FM Radio Delta arrives. From the rhythms crossing borders, crossing mountains, upon passenger vehicles, in the gardens in the morning, to the lights of the traffic signal, Delta kept up with the reticent Teso as she moves on day and night.

DELTA Radio is located in Soroti City in Eastern Uganda,  to amplify the pastoral and soci-economic programs of the Diocese among the communities in and around the Teso sub-region